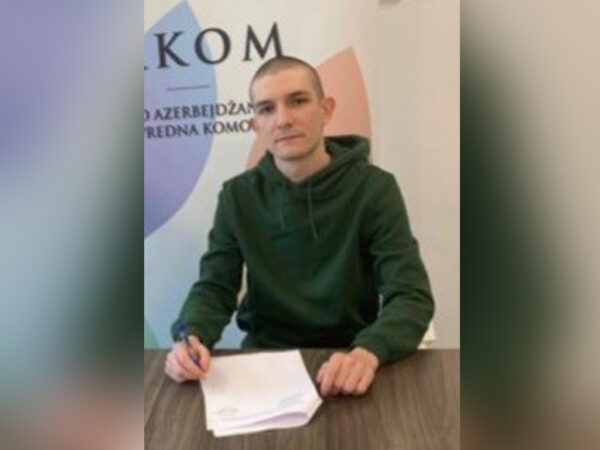 The SAKOM scholarship has been an immeasurable contribution to my education because I can devote myself to my studies with less worry about the financial side and ease the burden on my parents, who have been supporting me along the way. Also, the Azerbaijani language classes I attended helped me to get to know a new culture and language that are entirely mysterious and unknown to me, as I believe to most of my compatriots. Hence, I tried to pass that knowledge on to my friends as much as I could. After finishing college, I hope to do scientific work in linguistics. Although my interest lies primarily in Indo-European studies, I would like to include the study of Azerbaijani. I certainly believe that there is great potential for further cooperation between our two countries and a lot of space for better acquaintance between the two cultures.

Azerbaijan as a country is still very unknown to me, I have never been there, and I got to know it only through the teaching sessions in which we covered the culture and sights of this country. Still, if I had the opportunity to visit it – as a great history enthusiast that I am – I would like to primarily see the historical sights of Baku, such as Qız Qalası, Palace of The Shirvanshahs and Ateshgah, but also many other places, such as Momine Khatun Mausoleum in Nakhchivan. I would also look forward to the opportunity to try the local cuisine, of which I have only tried the traditional qutab dish, which I prepared at home and was delighted with it. I am very interested in how well I managed to make it.

In all of this, I am very grateful to SAKOM for the scholarship that helped me a lot and for the opportunity to get to know Azerbaijan better