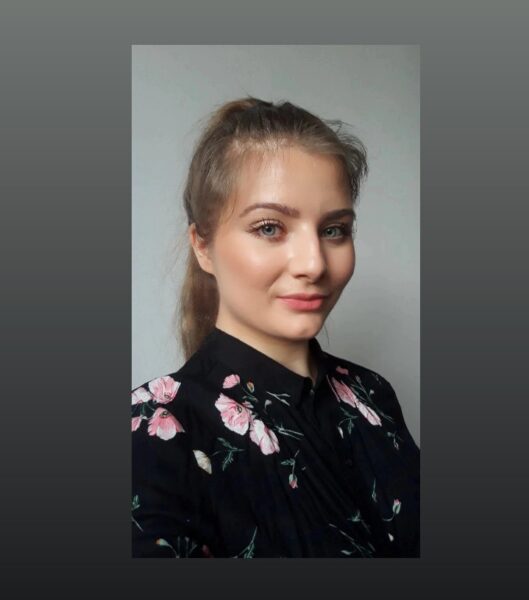 My love for languages developed during my childhood thanks to foreign movies, music, and TV shows. Consequently, I started learning Turkish individually at the age of 13. I took the entrance exam at the Faculty of Philology in Turkish. When it came to choosing a second language at the Faculty, I did not hesitate. My choice was Azerbaijani. I study the Azerbaijani language, literature and culture at the Faculty of Philology at the Department of Oriental Studies as a four-semester subject.

I started learning Turkish out of curiosity and also because of the shared history. Before enrolling in the course, I had almost no contact with the Azerbaijani language, except for the anthem and a few songs that I listened to.

Given that the Azerbaijani language, literature, and culture are unfortunately not so represented in Serbia, I would encourage Azerbaijan’s presentation through cultural events, promotions, and literary translations. Also, I would bring the Azerbaijan’s tradition and cuisine closer to the Serbian people through various workshops.

Although they are geographically distant, I think that the peoples of Serbia and Azerbaijan are very close. A very similar mentality, tradition, and segments from these two peoples’ history have led my interest in Azerbaijan to increase further. By attending the course, I discovered that in addition to the fact that the Azerbaijani language is unique and specific, Azerbaijan is at the crossroads of West and East; it exudes a rich cultural and historical heritage and is a center of multiculturalism.

Unfortunately, I have not had the opportunity to visit Azerbaijan so far, but I hope that I will visit the colorful and, in its way, unique parts of the “Land of Fire” in the future. I would primarily like to see Baku, a city that exudes culture and history. I would like to visit the Palace of Shirvanshahs and the Maiden’s Tower, see the Fire Tower – the city’s symbol, tour the old town, walk through Nizami Park, and try Azerbaijani cuisine with traditional Azerbaijani music. Also, I would like to visit the Museum of Miniature Books, Historical and Ethnographic Museums, and the Nizami Museum of Literature.

The SAKOM scholarship additionally motivated me for further advancement and improvement in my career. It allowed me to create bigger plans in studying the language, literature, and culture of Azerbaijan and in my career in general. I feel a great honor to be a scholarship holder of the Serbian-Azerbaijani Chamber of Commerce, and therefore I have greater motivation and responsibility towards my future career. After completing my undergraduate studies at the Faculty, I plan to enroll in master’s studies and do translation work in a company.