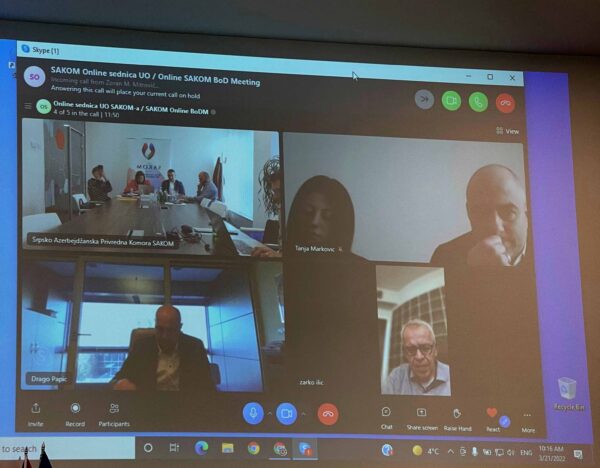 During the BoD meeting held on March 21, 2022, SAKOM Board extended the number of scholarship holders by admitting two more students, this time from Šabac – Maša Vučetić, a second-year student at the Faculty of Veterinary Medicine in Belgrade, and Uroš Pantelić, a first-year student at the Faculty of Electrical Engineering in Belgrade. They were recommended by the mayor of Šabac, Dr Aleksandar Pajić, as outstanding students and young people with great potential.

SAKOM provided them with two tablets, as was the case with previous scholarship holders, while Uroš Pantelić, as an electrical engineering student, noted how helpful and needed tablets are for students in their studies.

We were particularly pleased to note that in a year and a half, we raised the number of students included in our scholarship program to 21. Our goal was to have 20 students and for each SAKOM member to support one scholarship holder, which we have achieved. However, we have decided to increase the target number by one student because it was impossible to choose between Maša and Uroš since they were both outstanding candidates.