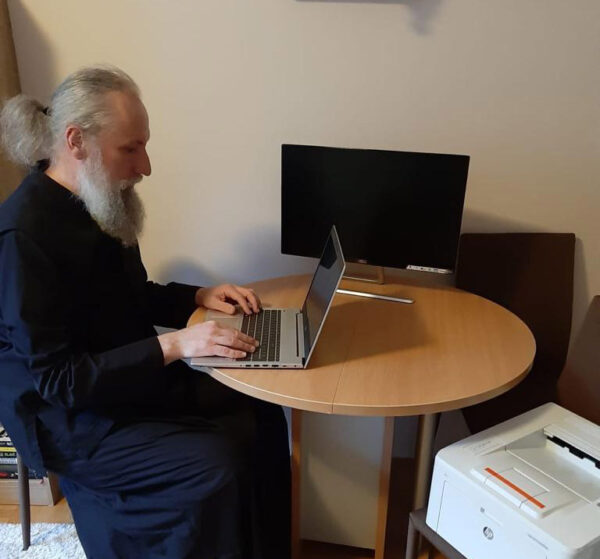 Serbian-Azerbaijani Chamber of Commerce “SAKOM” was addressed by the Archimandrite Romilo Jelić, Abbot of the Monastery Duboki Potok, which is situated in the municipality of Zubin Potok, and belongs to the Eparchy of Raška Prizren, while the monastery church represents the immovable cultural heritage and a cultural monument.

Archimandrite Romilo addressed us with a kind request, regarding the purchase of computer equipment, which would enable them to communicate in an easier way, and implement other activities.

This monastery has a special significance in the Kolašin’s enlightenment life. In other words, the Monastery Duboki Potok’s lodging was the place, where the first school was founded in 1891. As Abbot Romilo himself states, the spiritual mission cannot be separated from the educational mission of the Monastery Duboki Potok, just as the monastic, church life cannot be separated from the life of the people.

Precious old manuscripts from the 16th century are being kept in the Monastery Duboki Potok, and some of them are written on parchment.

Given the importance of these restored manuscripts, SAKOM has set aside funds to purchase a particular library cabinet to enable this cultural heritage to be passed on undamaged to future generations.

At the meeting held on March 29, 2021, the SAKOM Board of Directors unanimously approved the purchase of computer equipment (a laptop, printer, and monitor) and 2,000.00 (two thousand) euros to purchase a special library cabinet for keeping old books.

At the annual Assembly session of the Serbian-Azerbaijani Chamber of Commerce “SAKOM”, held on May 28, 2021, the members agreed to maintain relations in the future with this monastery, which shared and continues to shares the fate of its people and played an essential role in preserving the Serbian people in the northern part of Kosovo.