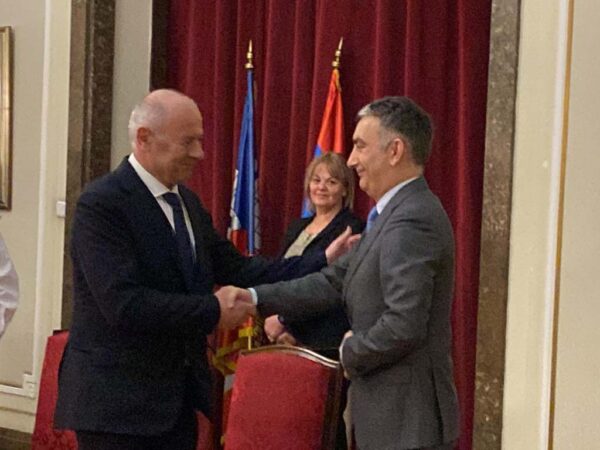 As many times before, the company Azvirt has demonstrated its high level of social responsibility and awareness that just by caring for the society in which one works, the personal and professional progress can be expected, and achieved success enjoyed.

As a matter of fact, this SAKOM member joined the initiative of the City of Belgrade and the City of Glina to build new housing for the residents of the Majska Poljana village, which was hit by a strong earthquake in December 2020.

As Mrs. Bakšić, the Deputy Mayor of Glina, noted during the ceremony of donation’s signing, 800 houses were destroyed during the earthquake, and without donors and people of good will the problem cannot be solved.

For that purpose, Azvirt has allocated 27 750 euros as a contribution towards building a house for the Tomić family, and on Mach 2, of this year, signed the donation agreement in the presence of the other companies – donors, representatives of the City of Belgrade, the Assembly of the Republic of Serbia, the City of Glina and families that will be the recipients of donations.

To all Glina residents, we wish to have their houses rebuilt and for their lives to become as prior to the disaster that befell them.